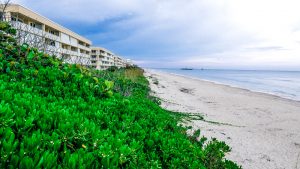 I’ll be honest with you, I always looked at mirrorless micro 4/3 cameras as a solution to a problem no one really had. If you want an interchangeable lens camera, buy a DSLR. If you want a small camera, buy a little fixed lens camera. DSLR’s range in price from multiple $6,000+ units like Canon’s 1D, down to sub $1,000 models like the Canon 70D.

What is the point of a mirrorless camera, with a smaller sensor, and a whole new set of lenses to buy for around the same price?

Well I like to shoot video, and wanted an interchangeable lens camera with 4k capability. I also like to shoot in low light, and didn’t want a full frame sensor. So for the past year or so, I have been waiting patiently for Canon to upgrade their 7D line with the APS-c sensor to shoot 4k video. They upgraded the full frame sister camera (the 5D)… so I figured an upgraded 7D wouldn’t be far behind. Well I am still waiting. Meanwhile, I saw the Panasonic G7 on sale for under $600 so I decided to buy it. 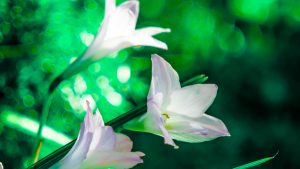 To be honest with you, I think this is a great camera, and not just a great camera for the price, but a great camera all around. It has all the functions you would want or need from a high end DSLR, and all the simplicity of a point and shoot.

The standard kit lens (mine came with the 14-42 f3.5/5.6 OIS) is decent enough. I didn’t expect much of it, but it is actually just as sharp as some lenses I have that cost twice as much as this camera and lens put together. Now it is a slow lens. And to be honest, the optical image stabilization is not as good as it is on my Canon lenses, but for what it is, it is a good lens.

The auto functions on this camera work very well. The auto focus (and when shooting video, follow focus) worked quickly, and accurately. The photos almost always came in properly exposed.

The Panasonic G7 does exceptionally well in low light, and even when shooting at 3200 ISO, the pictures looked good. (there was noise, but the noise was executable.) In fact, with a faster lens, this camera was able to shoot decent quality 4k video at 3200 ISO on city streets at midnight without additional lighting.

The on screen display has several really nice features that you can turn on if you want them, or leave them off if you don’t need them. These features are zebra (for exposure) peaking (for focus), audio levels, histogram, and a level. 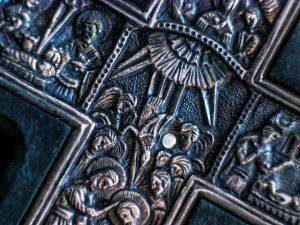 For the most part, the Panasonic lenses made for this camera are overpriced. And if you already have new lenses for a Canon or Nikon DSLR, the adapter to allow you to use the lenses and still have all the auto features costs almost as much as this camera. For me, this isn’t that big of an issue because I prefer vintage manual lenses and the adapters for those cost me under $20 a piece. But if the Panasonic G7 is your entrance camera into the world of interchangeable lens cameras, you are going to be paying a lot for lenses that you can’t bring with you if you move up to APS-c or full frame later.

Speaking of batteries, the battery on the Panasonic G7 seems to not last nearly as long as it does on my Canon DSLR’s. I bought a spare battery (and an AC adapter) when I bought the camera, so this hasn’t been a major issue, but it is annoying. The battery also seems to charge slower then my Canon batteries, but I haven’t actually timed them to see.)

If you aren’t really a photography person, but want to step up your game, then this may be the perfect camera for you.

If you are a video person… buy one… or two. Even if you already have a 4k Black Magic, C300, or RED… this is a great back up, b-camera, or something that can get into those smaller spots.

If you are a professional photographer… stick with your 1Dx, or 5D mark IV, or whatever you are shooting with… unless you want one of these for messing around.

Being a Better You: The Classy Way To Get Ahead

Start a Business With Class: Use A Historic Building