The iPhone SE: Tim Cook Did Something Right

Okay, I will admit it. I am one of those guys. The only thing I hate more then Apple, is everyone else. I have an iMac, I have an iPad, I have a Macbook Pro, I’ve had an iPhone 1,3,4,5s and now an SE. Hell, I even have an old 30gig iPod in my center console powering my music while I drive to work. And I still love to complain about Apple products.

I know what you are thinking; “if you don’t like them, stop buying them”. Good point, but the problem is, the competition is even worse. I had a Windows XP machine for years. It wasn’t that bad, but when I got my first Macbook pro I realized Windows was far worse then I thought. I still have a Windows 10 tablet. I have to reinstall Windows every few months because it does automatic updates, and then nothing works anymore. (Seriously, every time it does an automatic update, it can’t detect any WiFi signals anymore, and I have to reinstall Windows so it can connect to the internet again). I had an Android phone once (between my iPhone 3 and 4). I had it for about an hour before I returned it and got another iPhone. As much as I hate Apple, I hate the competition more. 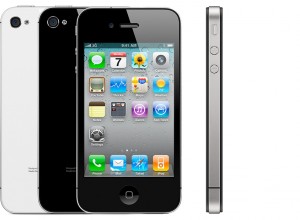 The iPhone 4, in my opinion, was the best handheld device ever made when it came out. It was a great design, had quality parts and craftsmanship, and good looking, and running software. It was the peak of Apple’s existence. Everything went downhill from there.

First the iPhone 4s came out. It wasn’t that bad. But they added a UV filter to the camera removing some of its capabilities. Why they did this, I will never know, but it is a “feature” that continues to this day.

Then the iPhone 5 came out. This was a horror show. First, they made the phone bigger… why? Phones are supposed to get smaller, not bigger. Granted, the iPhone 5 wasn’t that much bigger, but still… phones are supposed to get smaller. Then there was that fingerprint sensor. How is that supposed to make the phone safer? Trust me, no one can crack my passcode in the 10 attempts they have before the phone wipes itself. However, someone can lift my thumbprint with tape and use it. They can hold my phone up to my hand while I sleep and unlock it… there are plenty of ways to unlock a fingerprint sensor without the person being aware.

A judge even ruled that it is okay for police to force your hand on to the phone to unlock it, yet it is illegal to force you to use a passcode to unlock your phone. No thanks, I’ll stick to my passcode.

Then their was that hideous OS. The iPhone 5 looked like the Easter Bunny threw up on my home screen. Seriously, who thought pastel was a good idea? Okay, maybe the phone looks nice for people of a feminine persuasion, but can we get a masculine skin for the OS also? And speaking of how the OS looks… what is with the flat design? All of the sudden, the iPhone looks like it was designed on a Windows 95 machine using mspaint with an Easter pack. 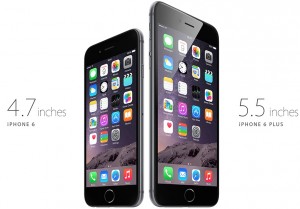 But I bought one… well actually, I bought the 5s. and I waited until the 6 came out because I was hoping the would have gone back to a smaller phone with a better design. That didn’t happen. The iPhone 6 and 6+ were larger, and hideously larger. They also lost that “quality” feel, and began to resemble a cheap Android phone. So I bought a 5s. I assumed it would be the last iPhone I ever bought. I would surely never buy that monstrosity they call a 6. When the 6s and 6s+ came out they were more of the same crap.

I started thinking about a Windows 10 phone. But I knew my Windows 10 tablet ran horribly. I don’t think I can deal with a phone like that. Maybe Blackberry? Isn’t there a Firefox phone? Maybe I can try that???

Then Apple surprised the world and announced the iPhone SE. Okay, let’s be honest here. The iPhone SE is just an iPhone 5s with a better camera, and faster processor. It still has the awful fingerprint sensor, it still has the disgusting looking operating system, it is still bigger then the iPhone4. But it isn’t as big as the iPhone 6. It doesn’t have that cheap curved edge. It doesn’t feel like a piece of junk. It may not be as good as the iPhone 4, but it is better then what Apple has been giving us, and for that, I went out and bought one.

*Just a note here, I have had this iPhone SE for about a week now. Apple claims that the processor is twice as fast as the one in the iPhone 5s, and the graphics processor is 3 times as fast. I had an iPhone 5 before i made the trade to the iPhone SE, and I can’t tell any difference in speed. At least it has a better camera…

The Return of Luxury Air Travel: First Class Means Something