Finding a Safe Place to Vacation

Unfortunately, it seems our species can’t keep from killing each other, and we have ended up in yet another world wide war. However, unlike wars of the past, where armies met on battlefields and fought while regular folk sat at home an read about it, the enemies in this war have decided to cower and take the fight to the non combatants. 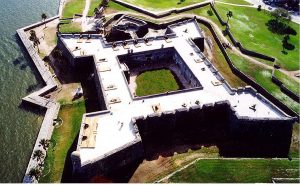 Whether we are talking about the attacks in Paris, Brussels, Germany or Nice, one thing is clear. The weak and evil muslim combatants would rather attack peaceful people on vacation then other trained combatants.

What this means, is that vacation destinations have become a lot more dangerous for regular folk. So what do we do? We take vacations to get away from stress, but with the looming threat of islamic terrorist attacks, vacations can be stressful.

The best way to plan a vacation that is unlikely to become a battleground is to look at what draws attackers, and avoid that. The first thing to avoid is large crowds. If you wanted to spend your on the beach in Florida, Don’t go to Daytona, or Miami Beach, go to Vero Beach or St Augustine. If you want to gamble in the desert, skip Las vegas, and go to Primm.

Terrorists like to shock, and they like high kill counts, so skip the large cities. You don’t need to go to New York, Los Angeles, or Chicago. Skip Nashville, and go to Asheville. Skip San Francisco and go to Santa Cruz. Skip Edinburgh and go to Inverness. Avoid Belfast and visit Galway. 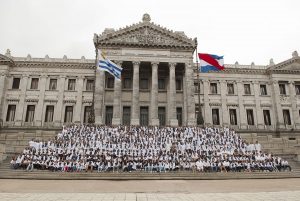 I would avoid mainland Europe for a while, but if you must go there, avoid big cities, places with large refugee populations and obvious targets. Stick to small towns and enjoy a European countryside vacation. Although if you are truly interested in a nice European vacation, you may wish to think outside the box (and the continent) and head to the South American nation of Uruguay. This may be the most under rated vacation destination for westerners. Uruguay was only inhabited by 1 small tribe before the Portuguese settled the area in 1680. This has given the country a very European vibe. Uruguay is ranked #1 in Latin America for democracy, peace, and a lack of corruption.

If you like the pacific islands, I would steer clear of the big tourist traps like Hawaii, and the muslim dominated nations like Indonesia and the Malaysia. Instead, I would head to more Christian nations like Fiji. For added safety, when in Fiji, stay at a small resort on an outlying island like the Yasawa islands. You can take a seaplane to the Yasawa island resorts that will usually consist of the pilot and your family. No need to worry about strangers here.

If colder weather climates is more your think, try Iceland or Alaska. The smaller populations of these destinations make them poor targets for extremism.

Vacations are a necessity. We need those times to unwind from stress, and enjoy life. We don’t need a vacation where we are constantly worried about a terrorist attack. So plan your vacation wisely, and take a trip someplace you might not of thought of before.

Top 5 Glamping Destinations - The Classy Way to Commune with Nature