How Admitting That You Could Be Wrong Could Save The World

Every day you make countless choices; from what to eat for breakfast, to what route to take to work, to what clothes to wear. Most of the time, you will not make the best possible choice you could have made. You just have to deal with the choices you have made.

There is so much truth in this one statement. If you would have eaten something else, you may have had more energy, or lost some weight, or maybe even not gotten hungry as soon. You could have taken another route to work and saved a little on gas, or gotten their a few minutes earlier. You could have worn an outfit that would drawn someone’s attention and struck up a great conversation… 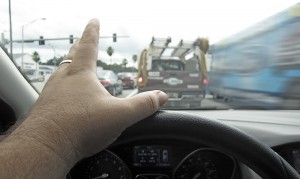 Whatever it is, your choice may not have been a bad choice, but it probably wasn’t the best choice. The important thing is that you make the choice, and you deal with the outcome of your choice. Because the only worst possible choice, is not making a choice at all.

Along with the understanding that you are likely to be at least partially wrong a lot of the time comes the ability to be more open minded to other peoples viewpoints. Let’s say I am going to paint my house. I have done the research, and I know exactly how I am going to paint the house. Then someone comes over and starts giving me their opinion on how I should paint the house. Now I know that my way in 98% right, but it probably isn’t the best way to do this. Well, what if this guys advice has the 2% that I was missing to make my decision the best one? It would be a good idea to listen to what he has to say.

This also goes for personal philosophy and beliefs. I am a Catholic that used to be an atheist. I always believed I was correct, no mater what it was that I believed at that time. I have long had problems with many organized religions simply because I do not like their attitude of “I am 100% correct, you are 100% wrong, and you need to start thinking like me.” Unfortunately, atheists have developed the same attitude.

I have always found this funny because atheism is based on science, and science is based on “the best possible guess based on the information available”. The science books are rewritten all the time when new information becomes available.

Science may one day support the existence of God. In some theories it already does. Quantum physics have shown that a particle exists in space time because it is being observed. (so the universe would cease to exist if it wasn’t being watched?) The end state of a particle can affect the path it took to get there (sounds like fate to me). Simulation theory insists that, mathematically speaking, it is far more likely that we live in a computer simulation then that we are real. If that is the case, then their would be no scientific proof needed for a God, he could simply be written into the simulation. Or maybe, he is running the simulation.

The reality is, there are hundreds of religions (and yes, atheism is a religion). All of them can’t be 100% right. In fact, it is likely that none of them are 100% right. That is why people should be tolerant of other peoples beliefs.

Whatever the case may be, if You accept the possibility that you could be (at least somewhat) wrong, then being open to other peoples opinions becomes much more acceptable in your own head. Unfortunately, in our society, most people can’t accept that possibility. They thing they are always right… even though statistically speaking, they are even wrong about that.

5 Things Every Classy Man Should Know

The Classy Way To Smoke: Pipes