Home » Business » Is Silver Ready to Skyrocket in 2016?
Business

Is Silver Ready to Skyrocket in 2016? 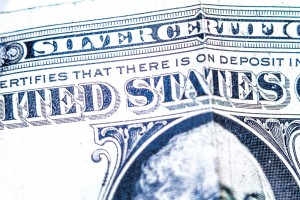 I have written before of the importance in keeping silver bullion as a hedge against inflation, and as an emergency fund. This isn’t that article. Looking at the silver market I have determined that there is serious manipulation going on to keep the prices of silver artificially low. The math is simple. Supply is decreasing, and demand is increasing. This should mean price increases, but instead we see prices falling. At some point, the market has to correct, but when?

I fist noticed this odd trend when I went looking to buy some silver bullion for my own collection. I found that supplies were limited everywhere I went. This seemed odd since the prices were low. I did some research and found that silver manufacturing was decreasing.

Demand for Silver is high 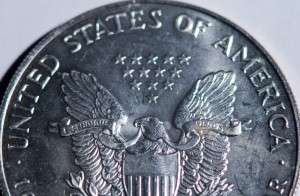 As I already mentioned, when I went looking for silver bullion, I found it scarce. This wasn’t just a local phenomenon. I found that despite the decrease in silver production, demand is actually increasing.

The total silver demand in 2014 was 1.07 Billion ounces. That is the forth highest level recorded since 1990.

In 1979, a major silver supplier suffered a labor dispute that resulted in a strike by its miners. This strike caused a decrease in silver production for the year. By 1980, Investors began buying silver to hedge against high interest rates, a recession, the sustained inflation seen in the 1970’s, and instability in the Middle East (Russia had just invaded Afghanistan, and the Iran Hostage crisis was underway.) The caused the price of silver to skyrocket reaching $107.13 per ounce in February 1980. Although I doubt we will see silver hit $100 per ounce this year, some are speculating $50 per ounce as a reasonable adjusted price.

The risk with Silver

Under most circumstances you can say this is an easy decision. Falling supply plus rising demand means prices will rise. However, it seems obvious that silver prices are being manipulated to remain low. So is silver risky?

Manipulation can only go so far. We are already seeing evidence that the manipulation is having negative effects on the silver production industry, Mines are closing, and miners are being laid off. This will increase the supply shortages until the market has no choice but to correct.

Some have speculated that prices will continue to drop this year reaching as low as $8 an ounce before skyrocketing to $50 an ounce. This could be a brilliant investment opportunity.

The Benefit of Wealth: Quality and Choice