Home » Business » Intelligence is Classy: Flaunt Your Brains with Your Bookshelf
BusinessStyle

Intelligence is Classy: Flaunt Your Brains with Your Bookshelf

I was taught to hire employees that are passionate about what they do, and share your vision. If you do that, you won’t have to waste your time looking over their shoulder, and you can trust that they will spend time pondering the details of their task and weighing solutions so that you don’t have to.

The same can be said for reading the classic works of philosophy. You have the opportunity to have one of the worlds great minds study a subject in depth, and then deliver to you the long form “cliff notes” on the subject. And whether you agree with them or not is irrelevant. Sooner or later you will run into someone who not only agrees with the philosophy, but follows it… and you will have a keen insight into their mind. 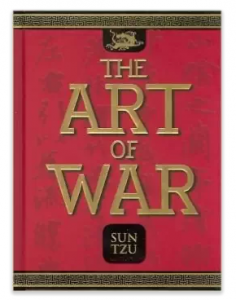 The Art of War – by Sun Tzu. Sun Tzu’s The Art of War was written in the 6th century BC, and is still used today as a not only a book of military strategy, but also a guide to office politics and corporate strategy. This is a must read for anyone looking to get ahead and prevail in life, politics, or war.

The Prince – by Niccolo Machiavelli. Niccolò Machiavelli knew how quickly political fortunes could rise and fall. Written as a guide to a young prince, this tough-minded, pragmatic handbook on how power really works contains lessons on the pro’s and con’s of different leadership styles. How can a leader be strong and decisive, yet still inspire loyalty in his followers? When is it necessary to break the rules? Is it better to be feared than loved? Machievalli answers all these questions in a work of realpolitik that still has shrewd political lessons for modern times.

ARISTOTLE: ETHICS. –  Aristotle. Aristotle’s most important study of personal morality and the ends of human life, has for many centuries been a widely-read and influential book. Though written more than 2,000 years ago, it offers the modern reader many valuable insights into human needs and conduct.

The Republic – by Plato Plato’s discussion of the nature and meaning of justice and of the ideal state and its ruler. All subsequent European thinking about these subjects owes its character, directly or indirectly, to this most famous of the Platonic dialogues.

Meditations – by Marcus Aurelius. the Meditations of Marcus Aurelius offer a wide range of fascinating spiritual reflections and exercises developed as the Roman Emperor struggled to understand himself and make sense of the universe. Spanning from doubt and despair to conviction and exaltation, they cover such diverse topics as the question of virtue, human rationality, the nature of the gods and the values of leadership.

Networking at a Car Show

Owning a Piece of Paradise – A Fiji Resort Home