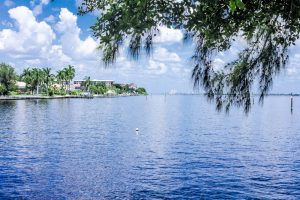 Rum is my drink of choice. At this very moment, I have 4 different types of rum in my liquor cabinet. I enjoy rum as a mixed drink, shots, in coffee, and even when baking. I like rum.

Rum is known as a pirate drink. It is made from a syrup that is the result of the refinement of sugar, and is therefore widely made in the Caribbean. I found Wicked Dolphin rum in South West Florida. It is made at a small distillery in Cape Coral (a town near the resort mecca’s of Naples, Sanibel and Captiva). Southwest Florida has a rich pirate history. The main street in neighboring Fort Myers is MacGregor Blvd named for famed Pirate Gregor MacGregor. On the other side of Cape Coral is Captiva island that got it’s name from being the place that the pirate Jose Gaspar would keep his captives. This makes Wicked Dolphin Distillery rather centrally located in a pirate zone. A perfect place for rum.

One of the great luxuries of the world is choice. For most of the last century, mass production homogenized everything so that people could have what they wanted at a good price. You like rum? That’s great, you can buy a cheap bottle of Captain Morgans any place in the world. However, if you want high quality, hand crafted rum… that has been harder to come by. The internet has changed that. Along with allowing you to find the finest hand crafted items without having to go to the workshop of the craftsman, the internet is now also bringing you the finest hand crafted liqueurs. Wicked Dolphin Spiced Rum is just one of those hand crafted liqueurs. 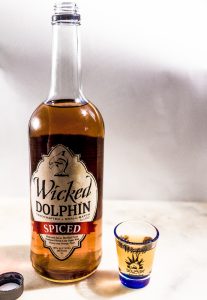 (Now I am not knocking Captain Morgans… I have a bottle of that as well. However, when you need to step up your game and impress, handcrafted is always better.)

Unlike most mass produced rums, Wicked Dolphin is very smooth with a full palate of flavors. The spiced rum variety that i purchased is made from locally sourced sugar cane, honey and citrus. Those Florida flavors really shine through and makes this drink reminiscent of hot nights on the beach. There is also cinnamon, nutmeg and allspice in the blend from what I could tell. (Wicked Dolphin won’t divulge their exact spice recipe.) The nutmeg allspice and honey carry into the bouquet and flow into the flavor with a slight peppery finish.

Wicked Dolphin is a great small batch spiced rum that is equally tasty mixed with a cola or sipped straight. If you like rum, and want to step up your rum game, keep a bottle of Wicked Dolphin Spiced rum on hand. it is sure to impress.

Being a Better You: The Classy Way To Get Ahead