The Classy Way to Smoke Weed

Marijuana is something that is enjoyed by all walks of life. Rich and poor, young and old, we all like to blaze up. But is there a Classy way to enjoy cannabis? Over the centuries, people have developed many ways to medicate with marijuana. The Romans used to enjoy edibles, while the Thracians liked to hotbox a tent. Let’s go over some of todays popular ways to take marijuana, and decide what way is the classiest.

The bong is not classy. Let’s face it, the bong is for college kids playing video games. That isn’t to say it isn’t a good way to smoke pot, it just isn’t a classy way. I have a few bongs myself. Sometimes, I smoke from my bong when I am alone or with a couple close friends. Dropping an ice cube down the throat of the bong makes the smoke smooth, and the high intense. However, I would never think of pulling out the bong at a party, larger gathering, or with people I am not close with. Leave that for the frat parties. 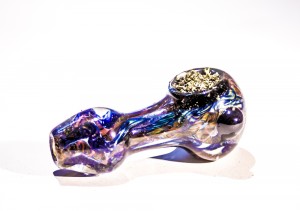 The pipe can occasionally be classy. It is classy at home, but only if the bowl is deep enough for everyone to get a hit. There is nothing classy about passing a bowl and the 4th person down the row getting a mouth full of ash. If a pipe is to be used at a larger gathering, then it is used in small breakaways. The group around the fire pit has a bowl. The group by the wet bar has a bowl. The group watching the game on the couch has a bowl…

The blunt rides a thin line. It can be classy if done right, however it can be (and usually is) trashy. The trick to how classy a blunt can be is not only the quality of the marijuana inside it, but also the quality of the cigar wrap. Regs in a convenience store cigar wrap is trashy. Master Kush in a Cohiba is classy. In fact, top shelf weed in a fine cigar may be one of the most exquisite indulgences known to man. Just make sure it is rolled correctly. A blunt that is falling apart is not classy no matter how good the weed or wrap is. 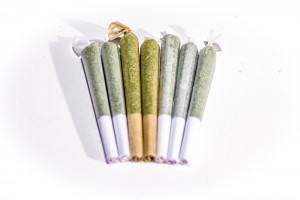 The good old fashioned joint is your best bet for a classy way to smoke weed. The quality of the marijuana is a factor, as well as the quality of the roll. A nicely rolled joint with top shelf marijuana in it is classy. More so if you have a filter. Most marijuana stores or dispensaries sell filtered top shelf pre-rolls. If you are going to, or throwing, a party, pick some up.

The edible, though not exactly a way to smoke weed, is a classy way to get high on marijuana. The lack of actual smoking will be more appealing to some people. However, marijuana edibles have more risk then other forms of taking pot. For example, it takes an edible about an hour to go through your system and get you high. Therefore, it is very difficult for the novice user to tell if they have gotten the right dose. If you are going to use edible for a party, make sure they are divided into “doses” and clearly labeled as such. That being said, edibles have a long history of use by the classy. According to Roman Physician Gallen Aelius Galenus, Romans ate cannabis pastries at their banquets “to promote hilarity”. It is also well know that Englands Queen Victoria ate Marijuana Chocolates

Networking at a Car Show